It was a year in the making. It was the biggest undertaking of our lives thus far. I and two other friends, Nica and Bernice, would put our normal lives on hold for six weeks and travel through Indochina. Our first stop: Hanoi, Vietnam.

It was an empty airport that welcomed us when we arrived at 3am, our late night flight having been delayed by another two hours. We grabbed our packs from the only open conveyor belt and exited into the cool, damp night. A small, smiling man with sleepy eyes stood by the door, a piece of paper with my name in hand. We approached and started bombarding him with apologies for having made him wait so long. He smiled some more, nodded, and started signalling with his hands that he’d been sleeping all this time. He spoke no English.

He led us to the car, a few heavy drops of rain pelting us on the way. The dim streets were washed in yellow from the street lamps. Beyond the loud pattering rain on the windshield I could see the tall, narrow buildings lining the roads. They seemed distinctly French, and yet distinctly Asian at the same time. For once, nothing about the place looked remotely similar to anything back home. And for the first time in my travels, the place felt completely new. We passed turquoise buildings, blue ones, red, yellow, even black. I smiled to myself. I knew it was going to be one colorful journey.

After a while we made it to Hanoi Hostel in Old Quarter. It was pitch black and locked. Several minutes of knocking and a few attempts on the phone by our driver and lights flickered open inside. We were let in by a tall young man who looked not even half awake. He took us through the usual check-in routine, brought us to our dark dorm which was buzzing with sleep, and quietly left us to settle into our bunks. I saw that mine was still unmade from the last user, but I passed out the moment my head hit the mattress anyway.

A mere three hours later, at 6am, I awoke to rain battering our dorm’s balcony door. The room had achieved that perfect balance of dim and cool that makes it ideal for sleeping in, as evidenced by 7 other roommates in various shapes of curled-up under covers. But we had a Halong Bay tour to get to so despite every inch of my body pretending to be lead, I forced myself out of bed and got ready.

We had made arrangements with the tour company, Sail Back in Time, to pick us up, but since we had a last minute change of accommodations (our couchsurfing host dropped us a day before we arrived), the pick-up point wasn’t our hostel. We wouldn’t have minded except we were ill-prepared to face the torrential downpour, so Bernice called them up and asked if they could fetch us at the hostel instead, since it was in the same area anyway and that was part of the service we paid for. They flat-out refused. Because there was no more time to argue and we didn’t want to start our first day in Vietnam that way, we just asked the hostel’s receptionist for directions to the pick-up point, which was only three streets away on their simple map. We didn’t know then that Hanoi streets were anything BUT simple.

Suffice it to say it was an Experience from the get-go. We braved the rain and forming puddles, ran beneath overhangs to keep dry, counted corners and alleys, and followed the map, only to realize that we’ve been doing it wrong. We didn’t learn til much later that Old Quarter’s winding and weaving streets changed names after every intersection, and our over-simplified map didn’t reflect this either. We ended up just showing the map to locals to ask for directions, which helped despite the huge language barrier. After a ton of different hand gestures, and a ton more different interpretations on our end, we made it to our supposed pick-up point. Only to find that the bus left us behind.

One phone call, one embarrassed proprietress, and two cab rides later, we finally got on board the bus and were on our way. I was very excited about seeing Halong Bay. It’s one of, if not the, most iconic image of Vietnam. Thus my hopes were high despite the pervading grey skies.

About three hours later we made it to the docks where we boarded our boat and set sail. I was bit disappointed that it wasn’t the traditional junk ship like they advertised in the website, but it had nice enough interiors and service. I was just glad to be cruising in the famous world heritage site at last.

And it was a site indeed.

… for the first hour.

Eating delicious Vietnamese lunch amid the jolly chatter of passengers, with a cool breeze on your face, while the vast bay beckoned against the gloomy sky, was probably the highlight of the trip. After that it was all just.. meh. Don’t get me wrong, Halong Bay was beautiful, sunshine or no. It’s just that.. that was it. There’s nothing else to do but look. Yes, there’s kayaking, but it was just in a small area. The village nestled at the base of the rocks was interesting enough, but it was also pretty small, and we didn’t have the chance to get any closer or to explore it longer. And there was the cave, but it was a straightforward walk-through, like being in a museum or a building. There was very minimal activity. It’s not a bad thing, just not what I was expecting. 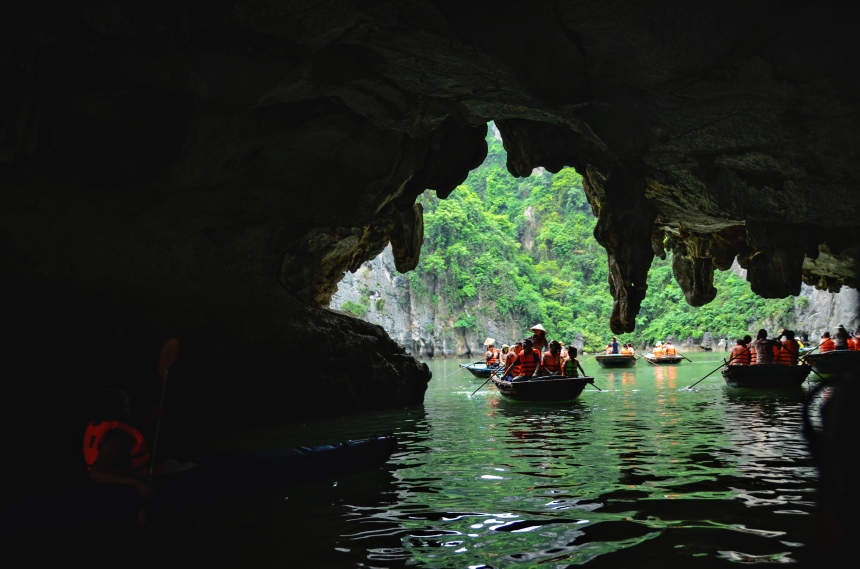 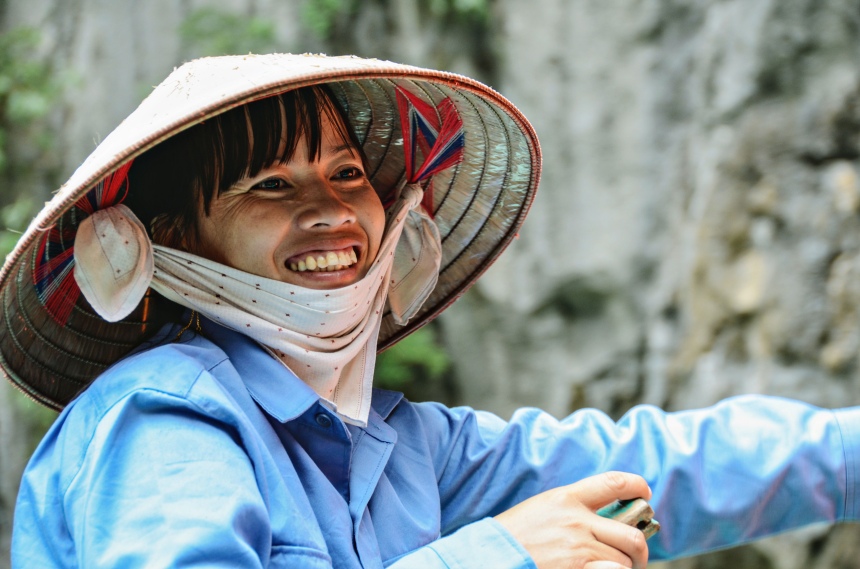 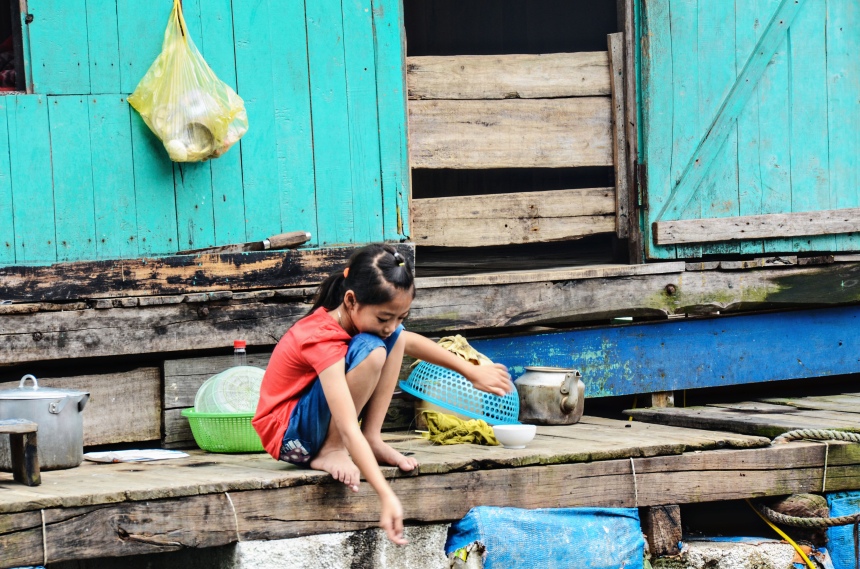 By mid-afternoon, after visiting the cave, we sailed back for the docks. It was straight back to Old Quarter from there. This time they were nice enough to bring us right to our doorstep.

The following day was the first and last full day we’d have in Hanoi, and we wanted to spend it getting lost in the crazy streets – but on our terms. We got a more detailed map of Old Quarter, decided on a general direction and walked. All we knew was: we needed to have some money exchanged, we wanted to eat good food, we wanted to see the bridge we passed the night before, and we wanted to look at locally-woven bags.

We set out in the late morning and kept going til well into the night. It was awesome! 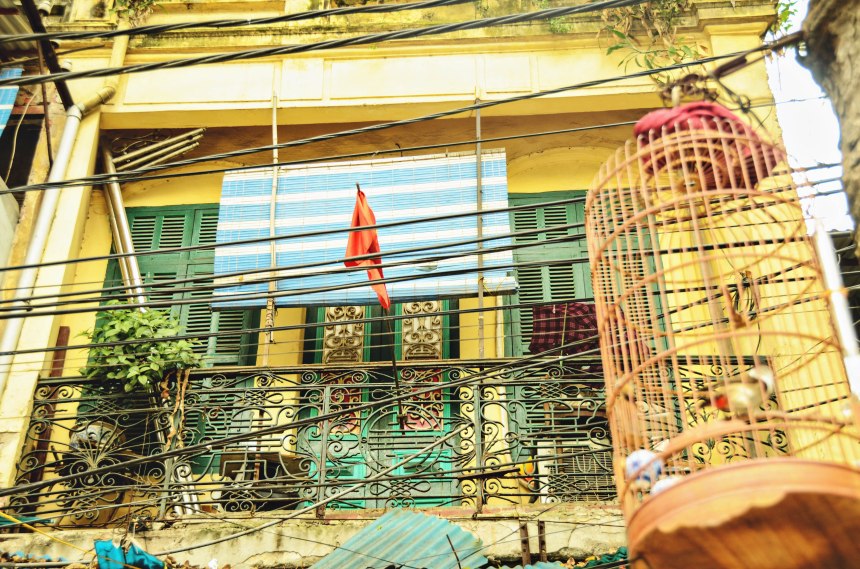 We saw back roads that seemed less frequented by tourists, then began to make our way to the center where the lake was located. After a break at a young, hipster coffee shop called Porevol, we made it to the town center by late afternoon. By this point, the sun was soft and golden, and people began pouring out onto the streets again. 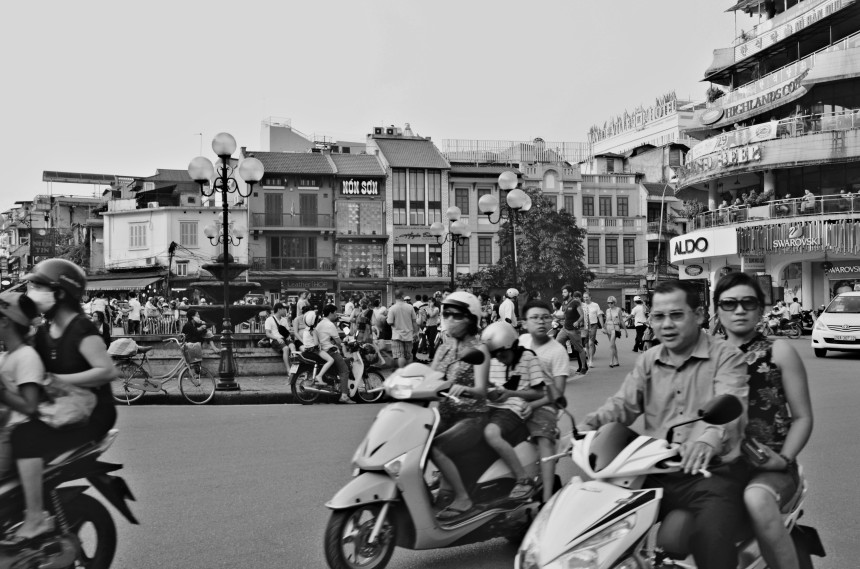 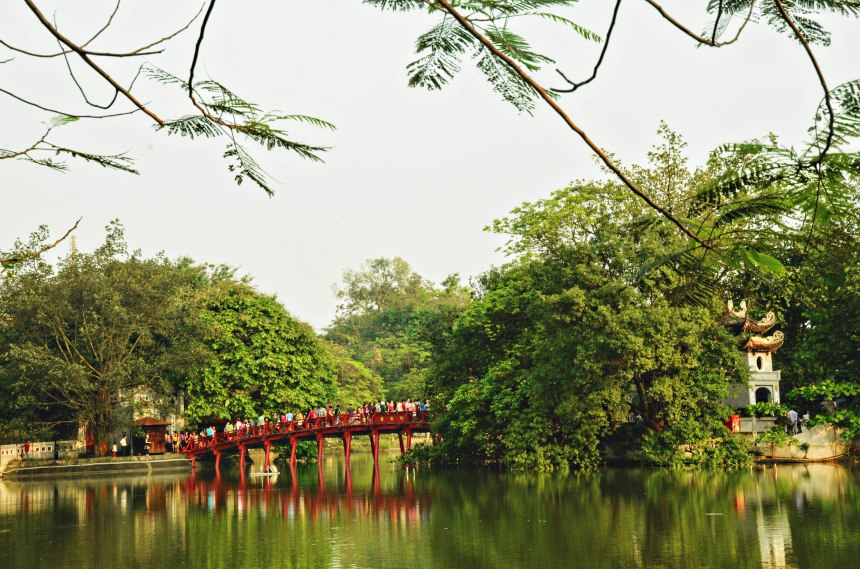 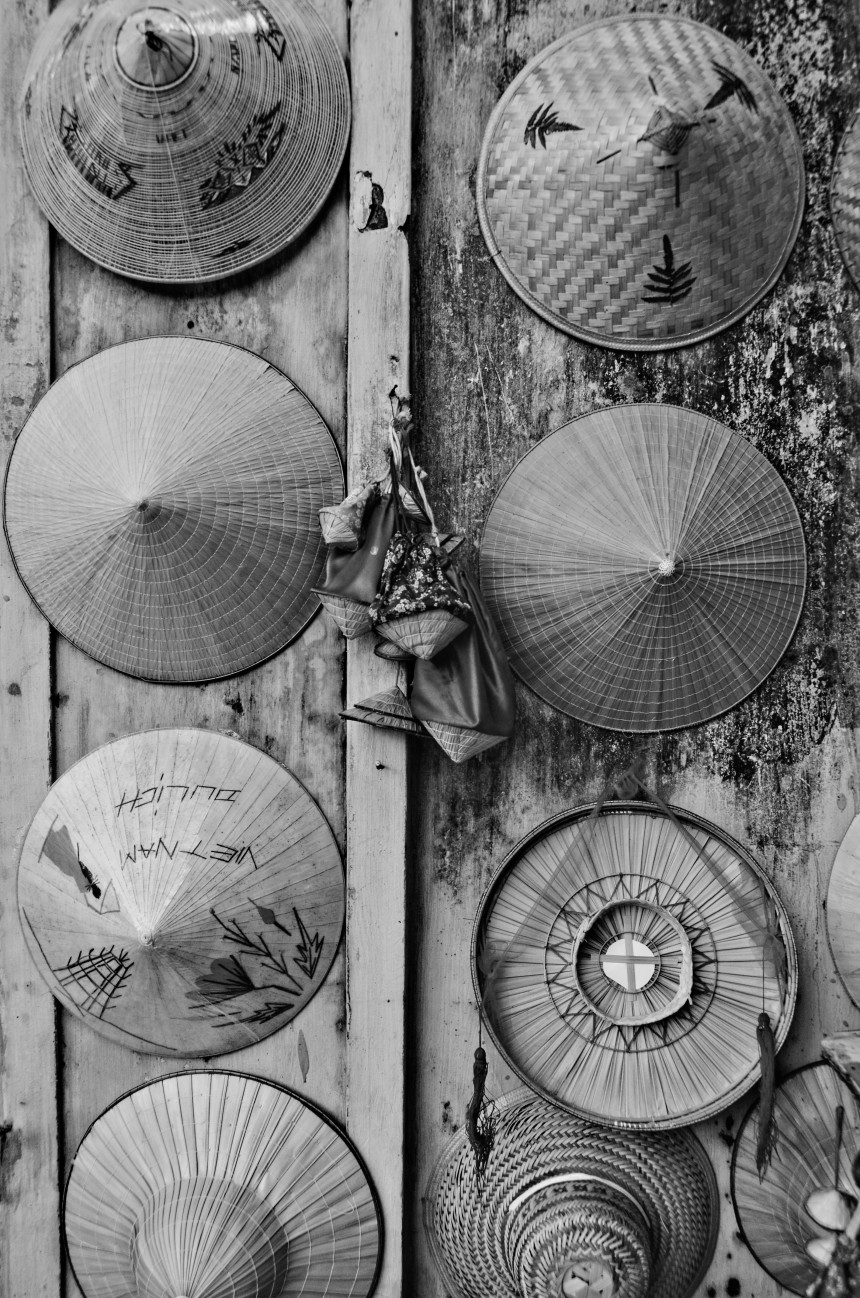 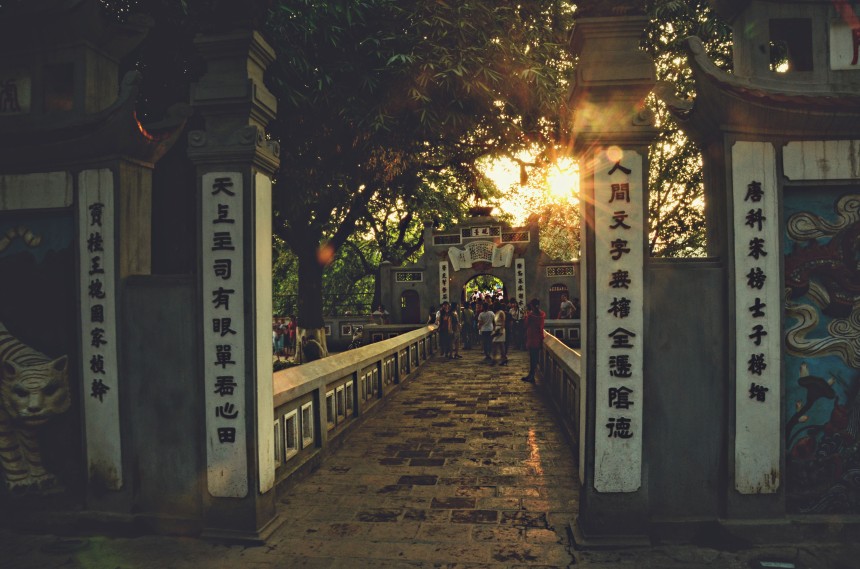 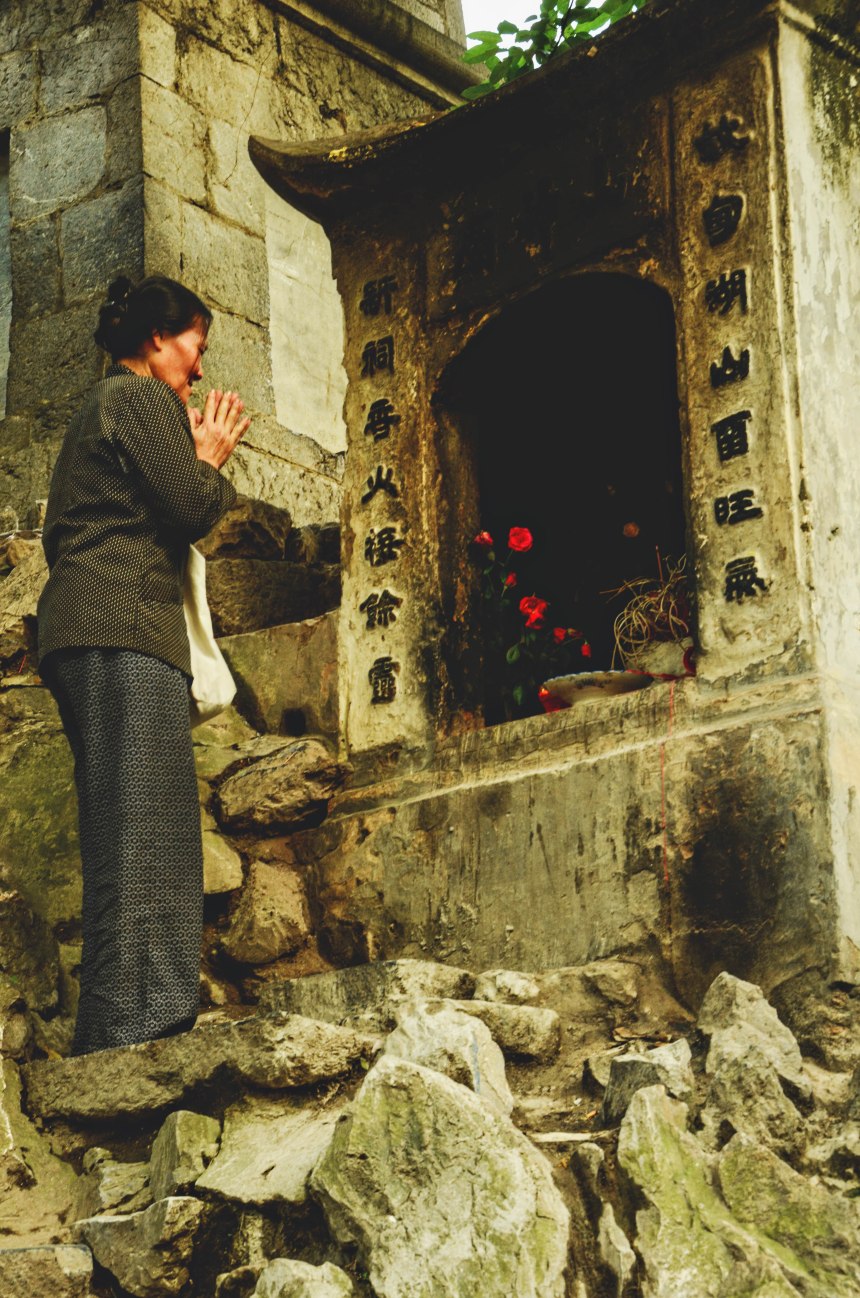 We spent the rest of the afternoon and early evening hanging out at a bench by the lake and people-watching. We wanted to soak in the atmosphere, and see the bridge lit up like the night before. 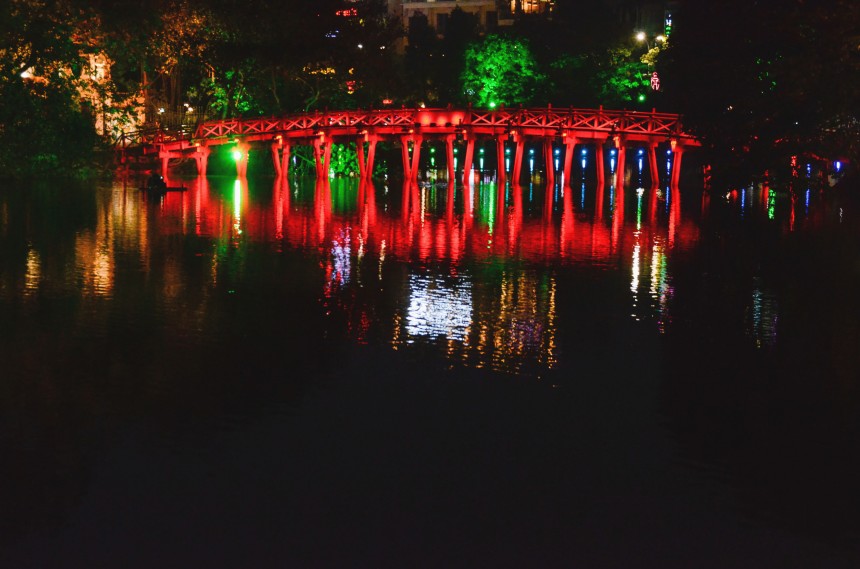 Afterward we dove headfirst into the wild Old Quarter night and searched for food and bags among the low chairs and tables lining the sidewalks. The roads itself could barely be seen from all the people eating, hanging out or just plain being there. Motorcycles zoomed from every direction A loud, grating, pervasive chirping in different languages overloaded the eardrums. And peddlers rolled their wares into every corner they could fit. It was amazing how many things were crammed into the narrow streets. At some point I saw myself just standing there ogling at the amazing insanity of it all. 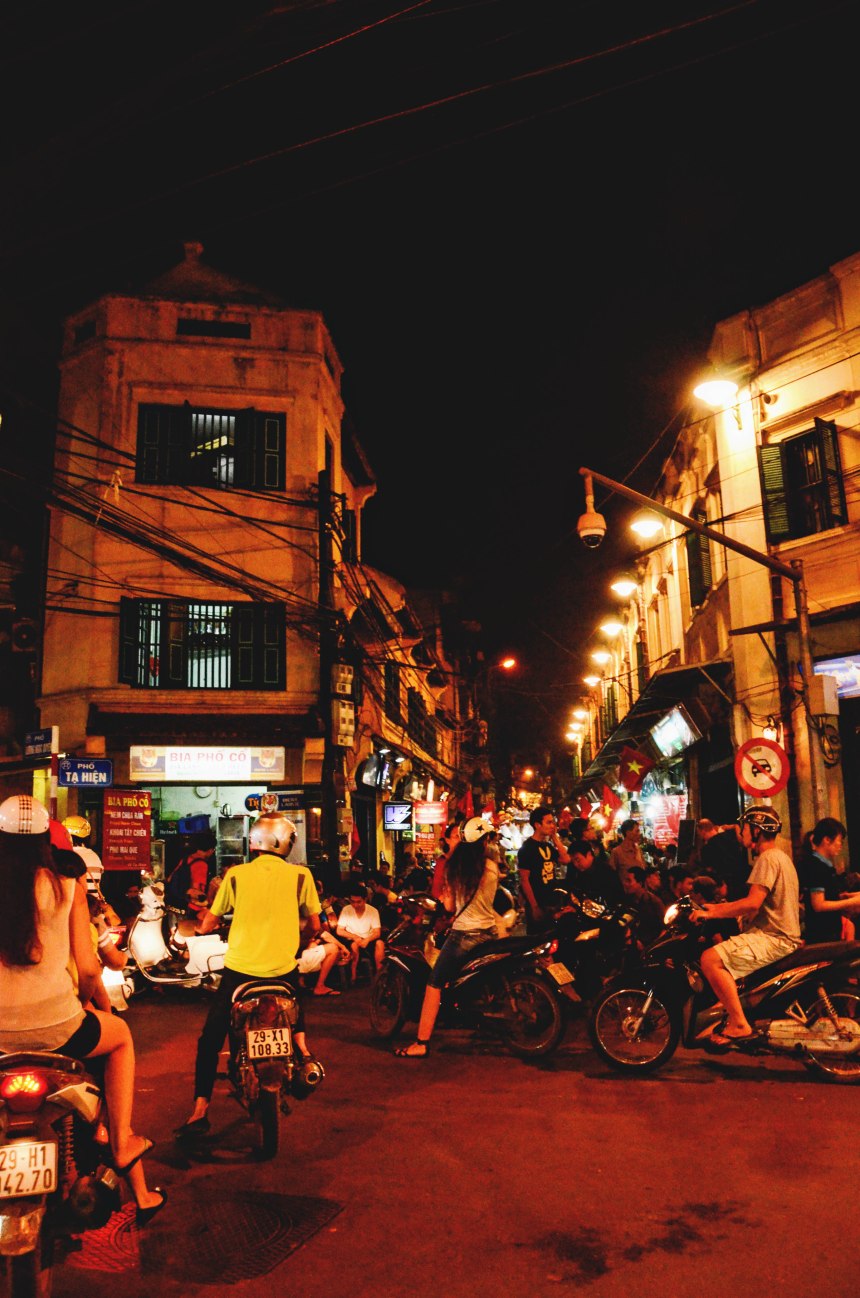 Once we ticked off all the items on our list, we headed back to the hostel to wind down. We still had half a day ahead before heading onto our next stop, Sapa. Also Nica started to feel sick. But all was well in the end. Hanoi may have started rough, but it sure as hell ended with a bang – or at least, a constant, loud buzzing.

(Just a note, my bed sheets never got changed, despite requesting for it every time I passed by reception. They’d make the bed, yes, but not change the sheets. I might just owe this to the language barrier, I’m not really sure..)

6 replies to Soppy Welcomes from Hanoi