“It should be here somewhere.” Sandy slowed to a crawl on Highway 4, looking for an abandoned logging road that should take us to our campsite by Lake Kennedy. According to the internet, it was a few kilometers before the Tofino-Ucluelet Junction, yet we had already reached the junction and turned around. We never saw anything.

Finally a narrow road sprung from the highway. It was barely visible with all the overgrowth. There was a small makeshift sign that read “14 km”. I had my doubts whether that really was the road we were looking for, but I was never against getting lost (sometimes even on purpose – as long as you have a full tank of gas). We turned into the unpaved dirt road and I could almost physically feel the forest swallow us; as if in those moments we were ceasing to exist in the real world. 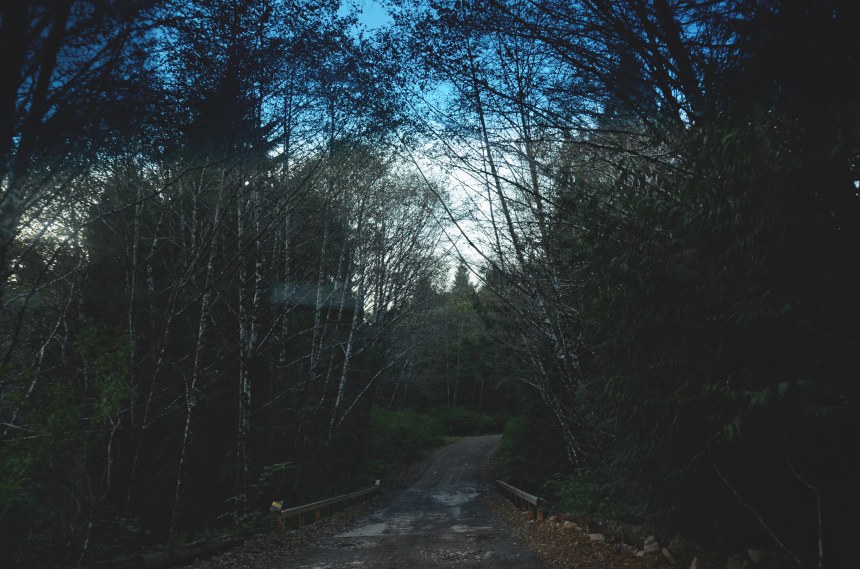 It was past 4 PM and darkness descended quickly. I felt Murakami’s and Gaiman’s novels nudging at the back of my mind, where the protagonists unknowingly enter parallel dimensions filled with surrealistic escapades. I was nervous, but my heartbeat betrayed my excitement too. That was it!

Just that morning, we left Salt Spring Island in a semi-rush, hoping to catch the first ferry to Crofton. We threw everything we thought we could need at the back of the truck, including firewood (despite Sandy’s initial resistance – it’s not hardcore enough haha), locked up the cabin, and went on our merry way.

The drive was pretty great, past Vancouver Island’s small and medium towns, and even some big cities. The changing scenery was almost cinematic, and made me feel like I was in the old American road trip films I loved as a child. My camera barely stopped clicking as I tried to immortalize every frame I saw with my eyes onto my D7000’s memory card. 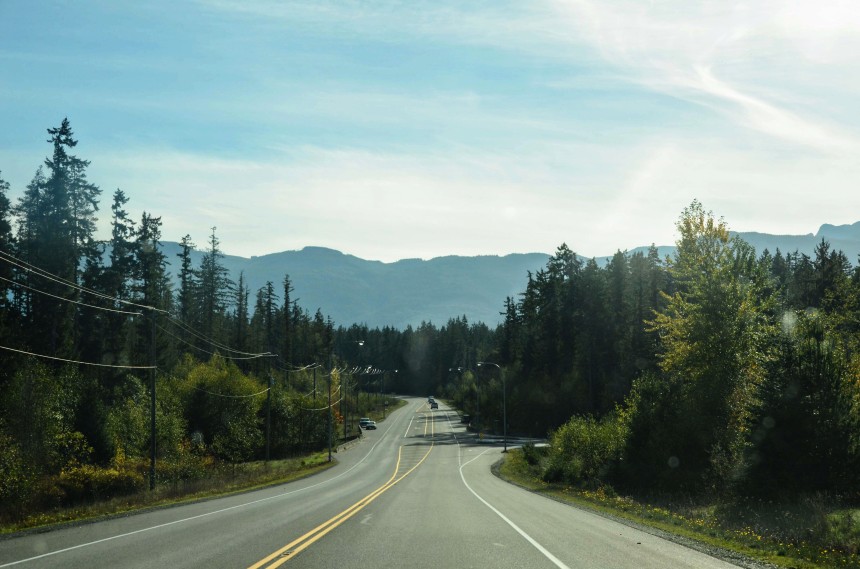 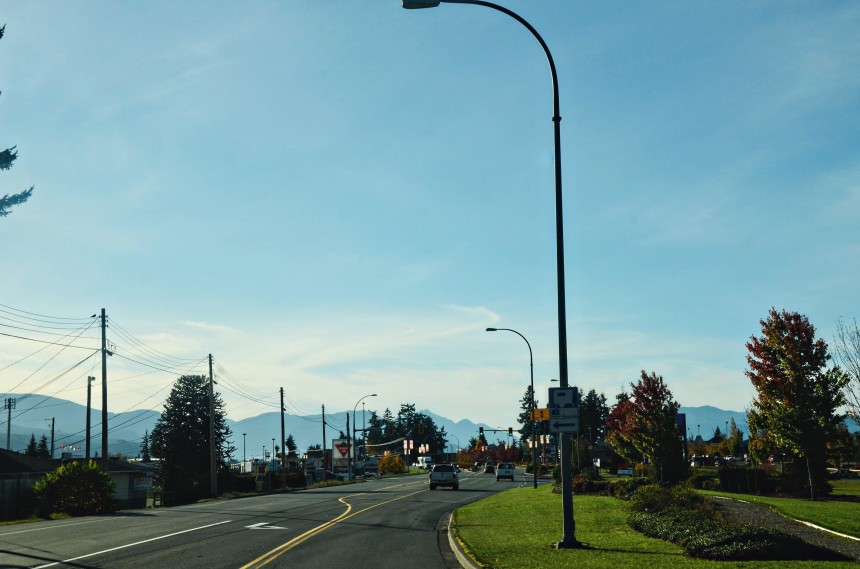 Two hundred plus kilometers, five hours, and a few food stops later, we were finally approaching our destination. Dusk was unmistakable, especially from beneath the overhanging branches on the narrow, unpaved road. It rolled up and down, and twisted left and right. Some corners revealed clearings, but most wound into more wild growth. It was so quiet and seemingly isolated that spotting a bike gave me a measure of relief. We weren’t the only humans there after all; there was at least one more in the forest’s depths.

Coming from crazy Manila, that much time and that much distance without seeing another soul seemed somewhat post-apocalyptic. It admittedly made me uneasy just because it was so unnatural to me. It was also why I craved the quiet and solitude so much.

After what felt like forever, we finally reached the end of the road. On either side was Lake Kennedy, the biggest lake in Vancouver Island. The best part, we were the only ones there. We drove up and down the small beach to scout a good campsite, before finally settling on a flat patch of sand with the remnants of a campfire. 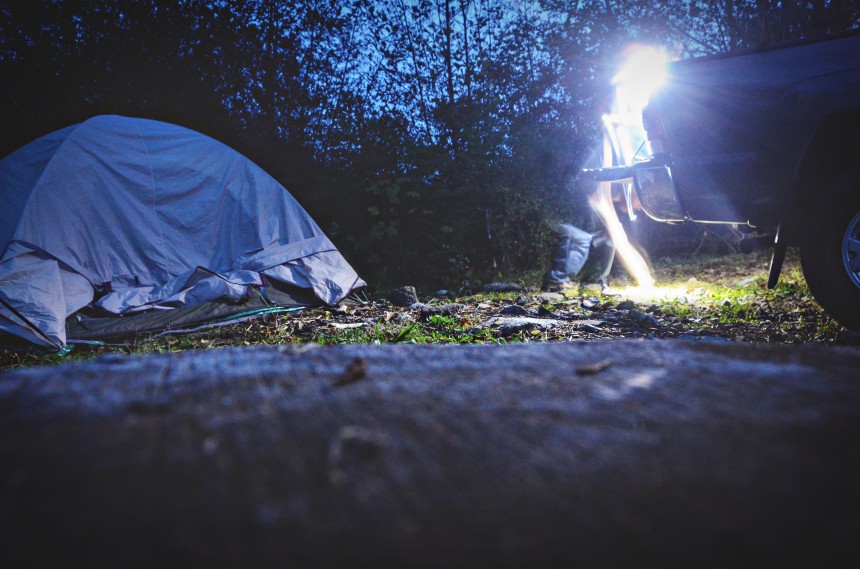 We took advantage of the remaining light to explore the area. The end of the road led to a rickety, old bridge, but it was blocked by rocks to ensure that cars couldn’t pass. It was only accessible by foot. What greeted us there was pretty breathtaking. 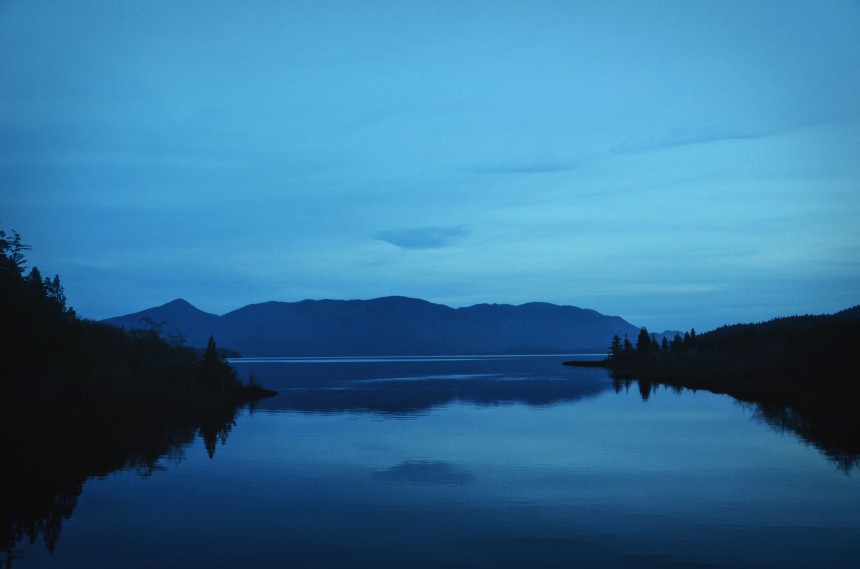 I’ve never had anything so grand and beautiful all to myself. Despite it not being in a parallel plane created by Murakami, it still felt pretty surreal. 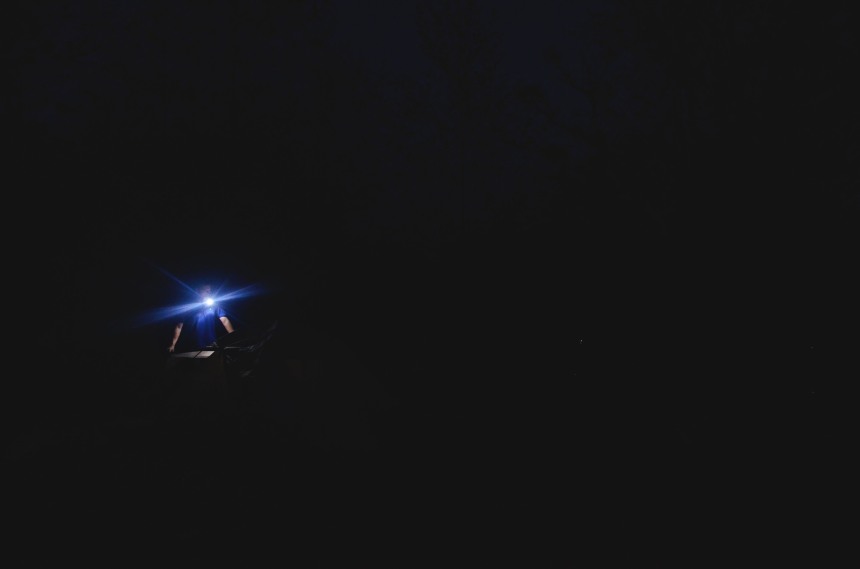 While enjoying the silence and the starry sky, a (pedo) van pulled up on the other side of the road. Two men started blasting country rock music and talking loudly to each other with thick Canadian accents. I could almost see their plaid shirts and wild beards as they moved just beyond my vision. It was another layer of authenticity to this uniquely Canadian experience.

I woke up the following morning to Sandy asking if I heard the cry of the loon. I sadly just missed it by a few seconds, but it was enough to get me out of the tent to go exploring the lake at sunrise. 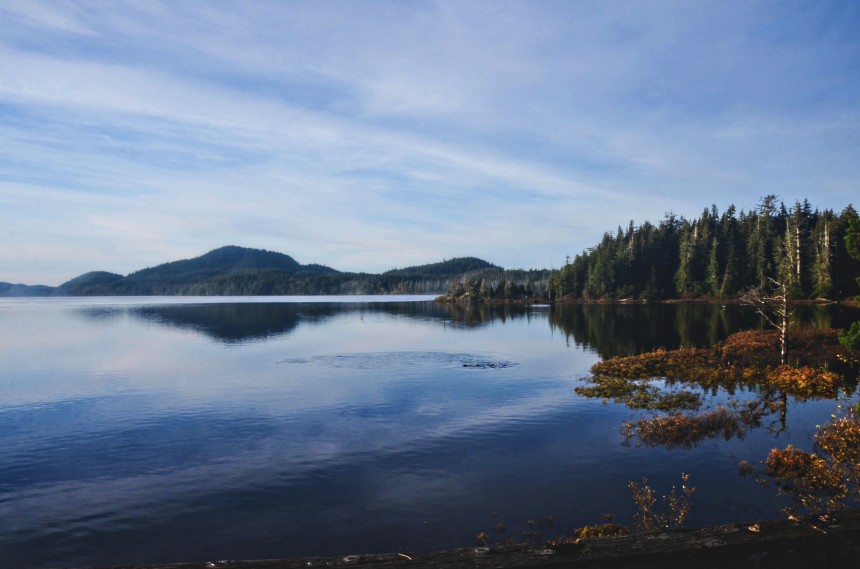 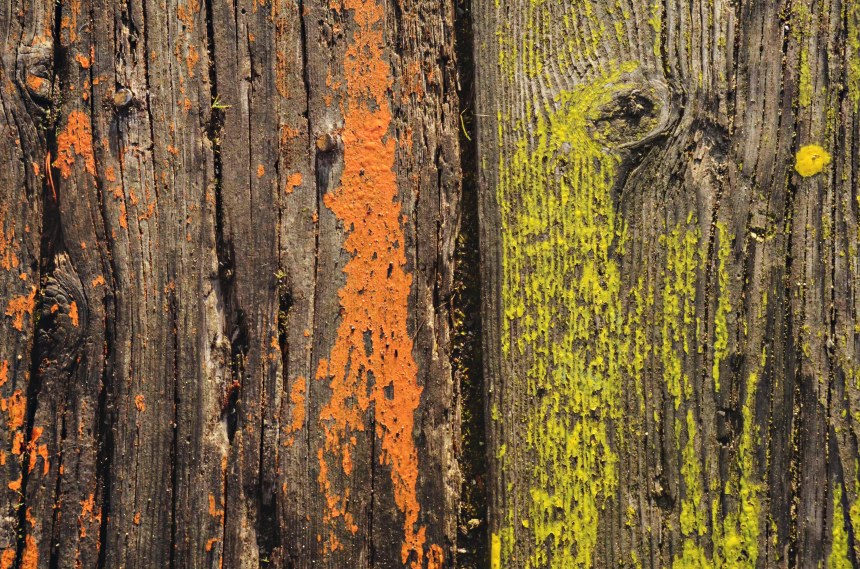 After a quick breakfast of instant noodles, we struck camp and went back on the road. On the way back to the Tofino-Ucluelet Junction, we noticed a sign for a forest walk. 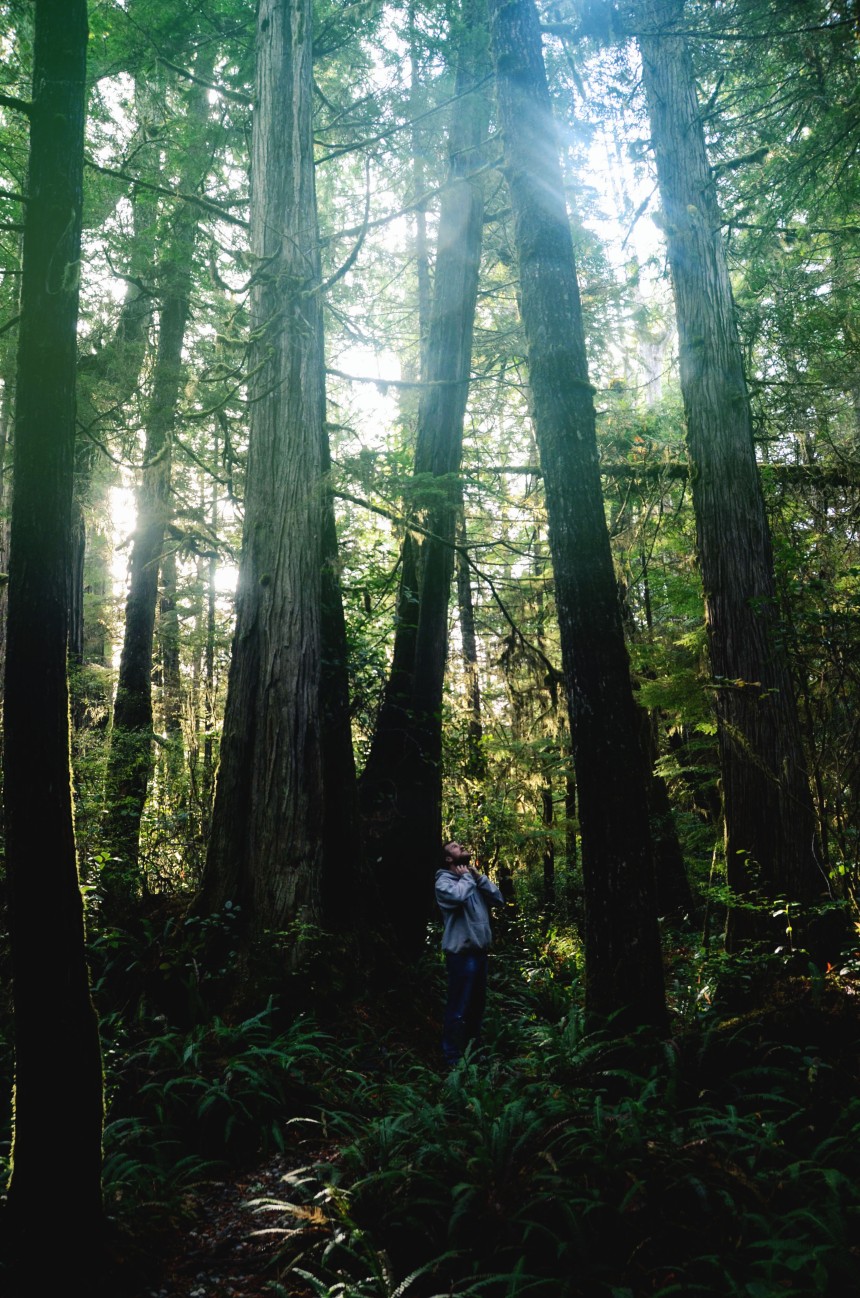 It was one of many rehabilitated forests in the area, also one of many along the highway.

Soon enough we were in the heart of Pacific Rim National Park. We checked out all the spots that called to us along the way, including Wickaninnish Beach and a few more forest trails. 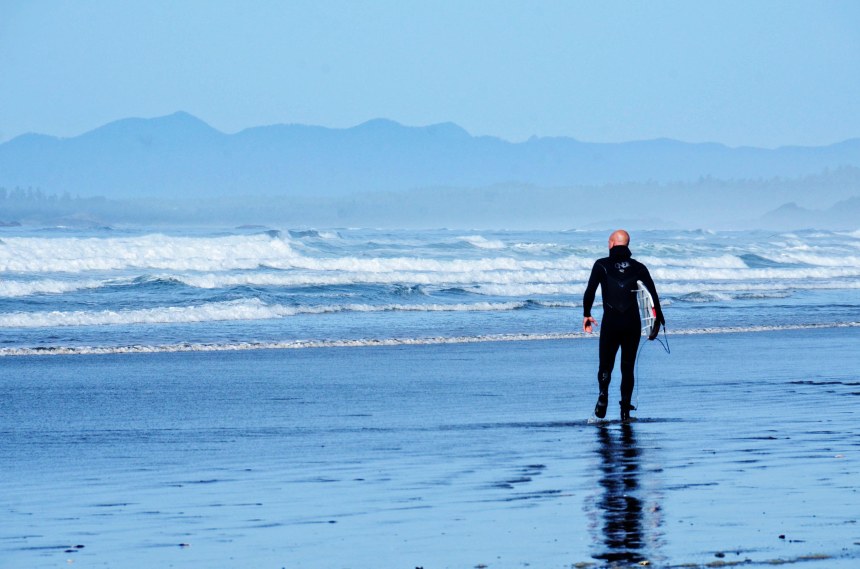 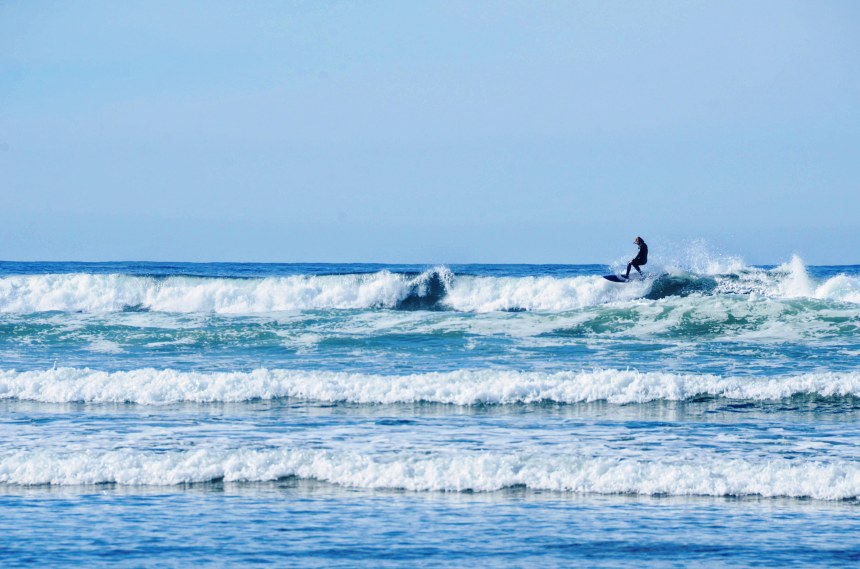 I was pretty impressed that surf beaches, forest trails, and easy hikes such as these could be found right off the highway. They were as prolific as malls in Manila, only so much more preferable.

We made a quick stop in the town of Tofino where we plotted where to camp that night. After weighing a few more exciting and way more difficult options, we finally relented to “renting” a lot in the Green Point Campground. It felt more “suburban”, with designated lots per vehicle. Thankfully we didn’t have next-door neighbors, but nearby lots were occupied and we could see other campers nonetheless.

It was nowhere near as intimate the old logging road in Lake Kennedy. It catered more for RV’s with connections to electricity, toilet and bath facilities, and firewood for sale. However, the newly built showers in our area weren’t ready for use which relegated me to the porta-potties. It made me realize that between “unflushed” porta-potties with its contents staring up at you and good, old earth, I prefer earth. At least there were no pretenses of civility there haha.

We spent the rest of the afternoon exploring Chesterman Beach, which was right below the campgrounds. By sunset, we once again had the place all to ourselves. We settled ourselves on a large piece of driftwood and read side by side til the sun went down. 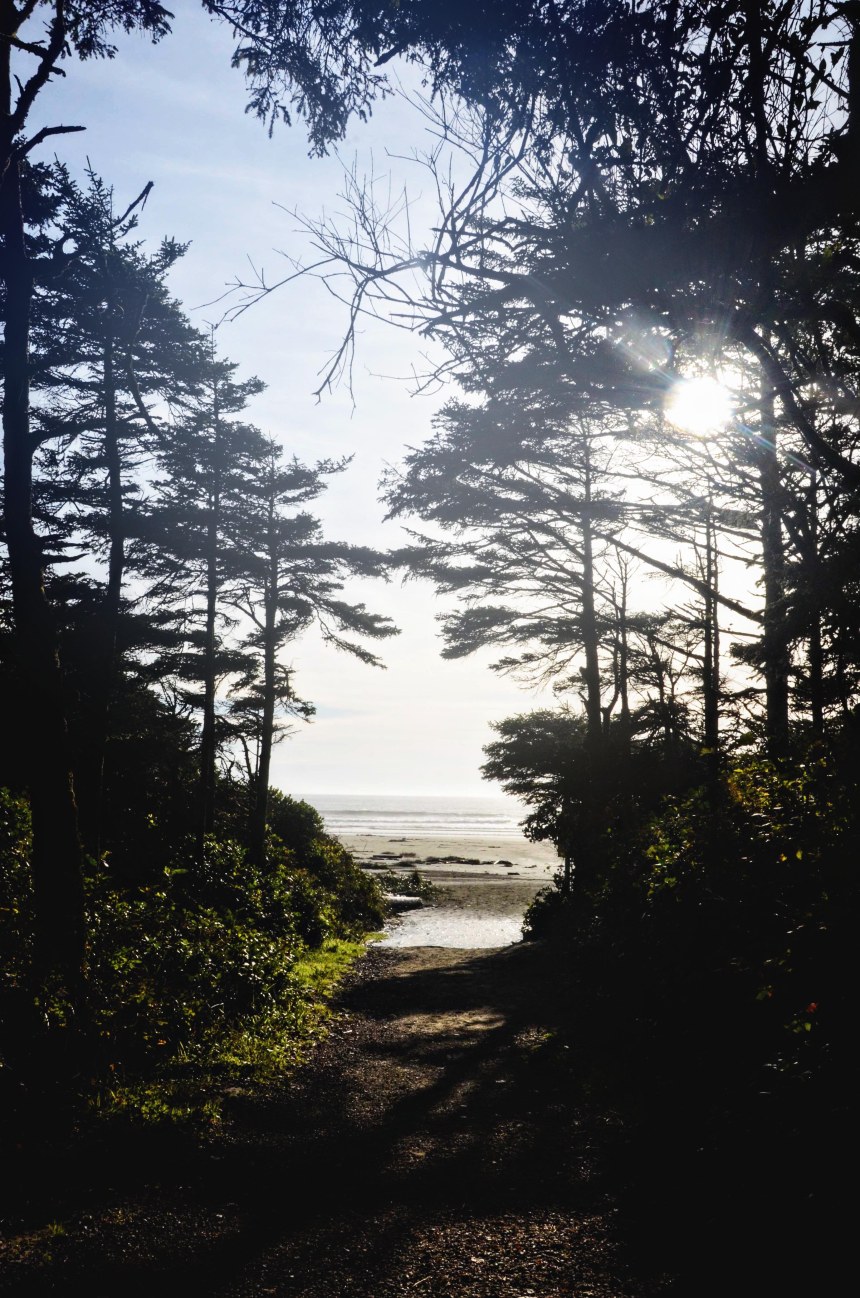 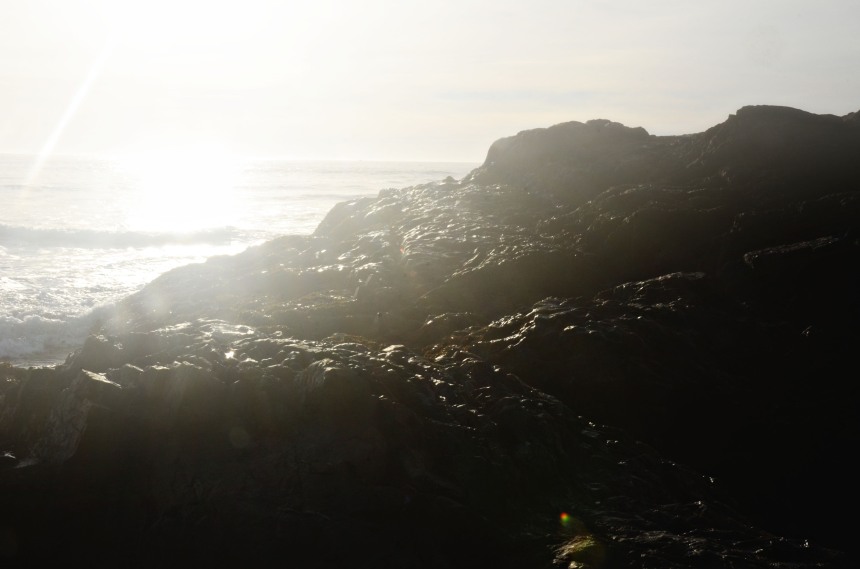 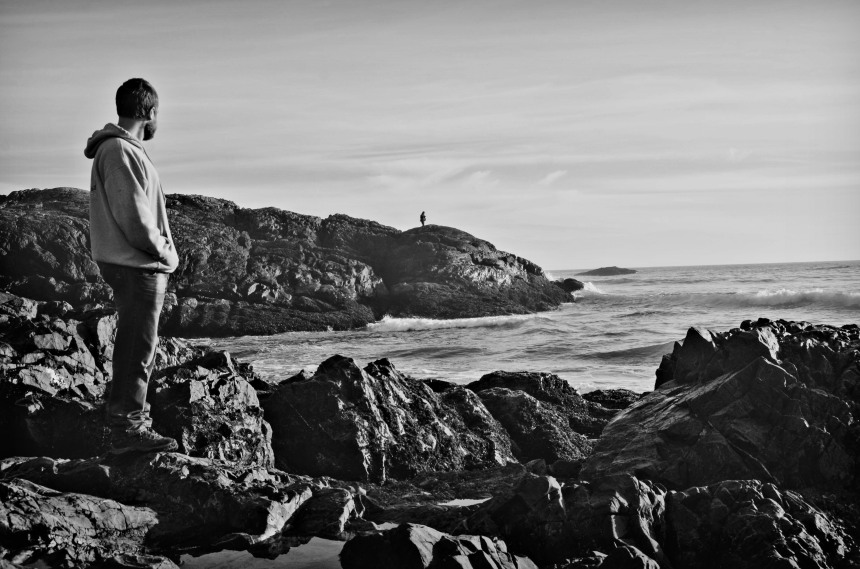 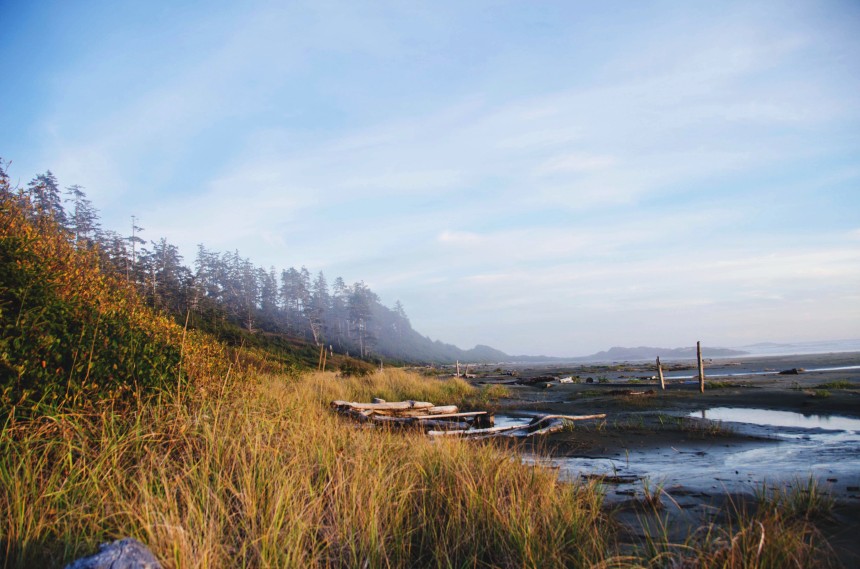 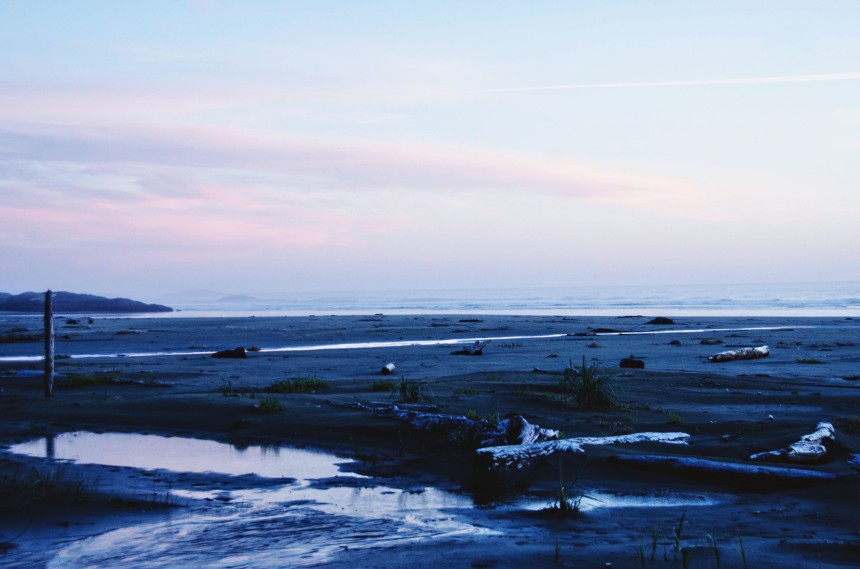 The next day, we made a quick pit stop to Ucluelet to see about camping there. We came across the Amphitrite Lighthouse instead. It was particularly interesting to see because Sandy grew up on the Chatham Point lighthouse. He said the lighthouse keepers’ house on Amphitrite looked a lot like the house he grew up in. It was pretty cool getting a glimpse of that.

The short trail off of the lighthouse also made for some epic views. 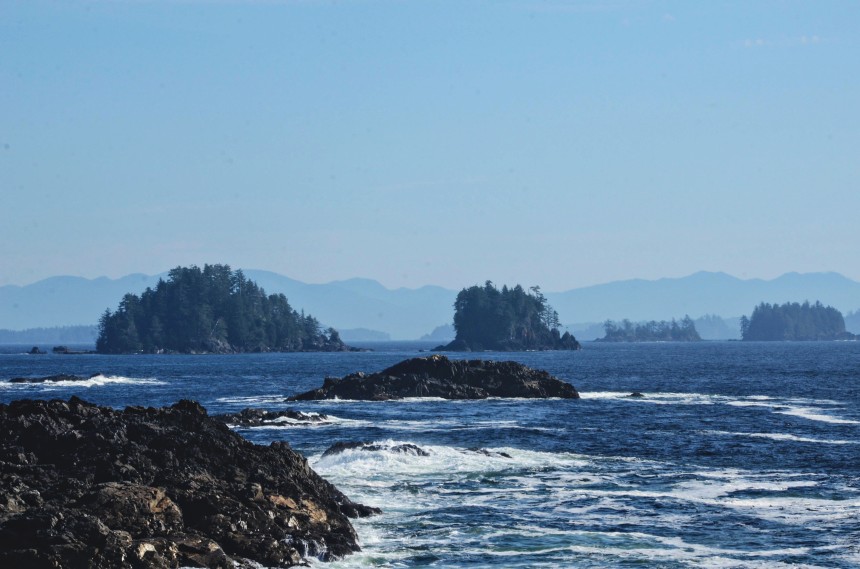 In the end we decided not to camp out in Ucluelet and just head back to Salt Spring that night. The drive back was no less interesting and scenic though. We checked out more “road-side attractions” in the form of Cathedral Grove and its giant douglas firs, and Lake Stoat, where I saw my first Steller’s jay (and it was really fat). 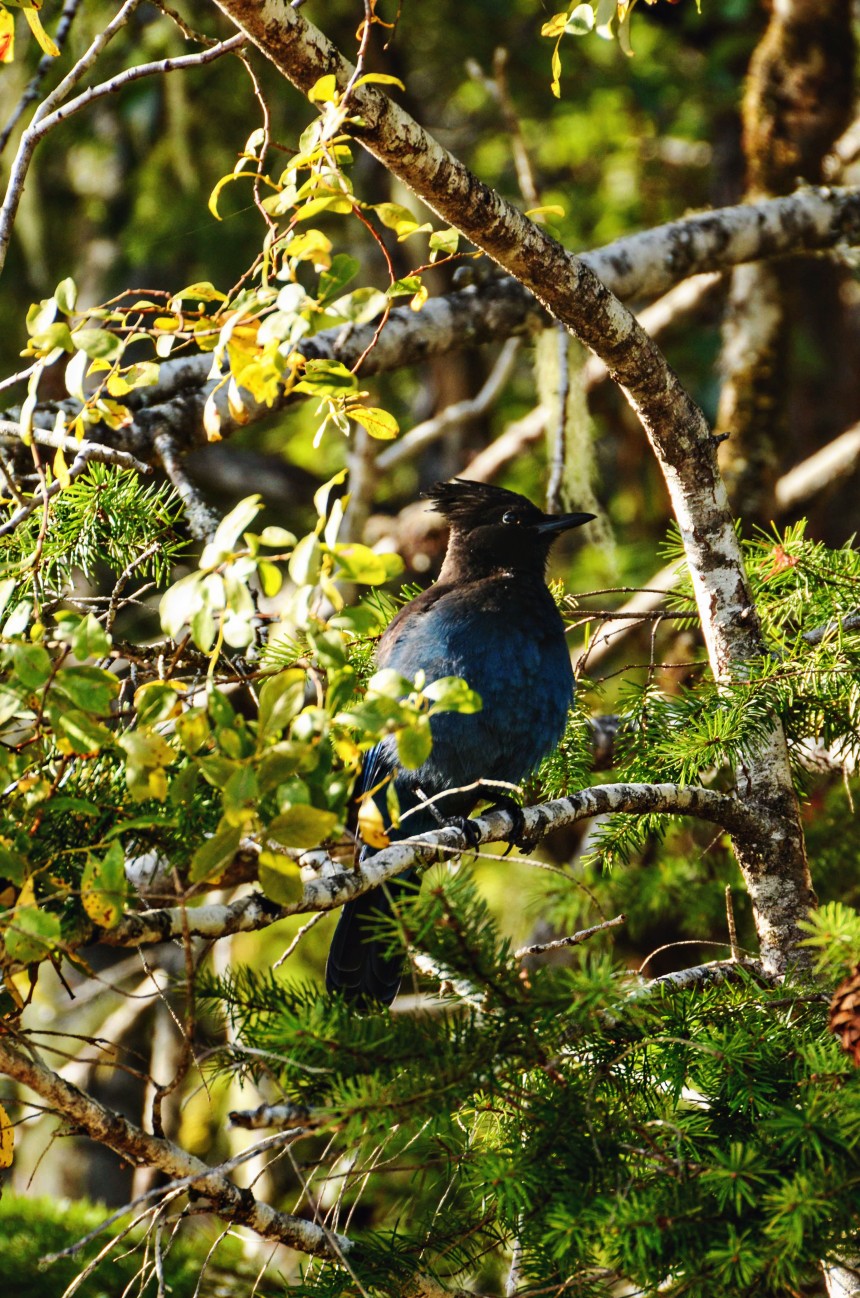 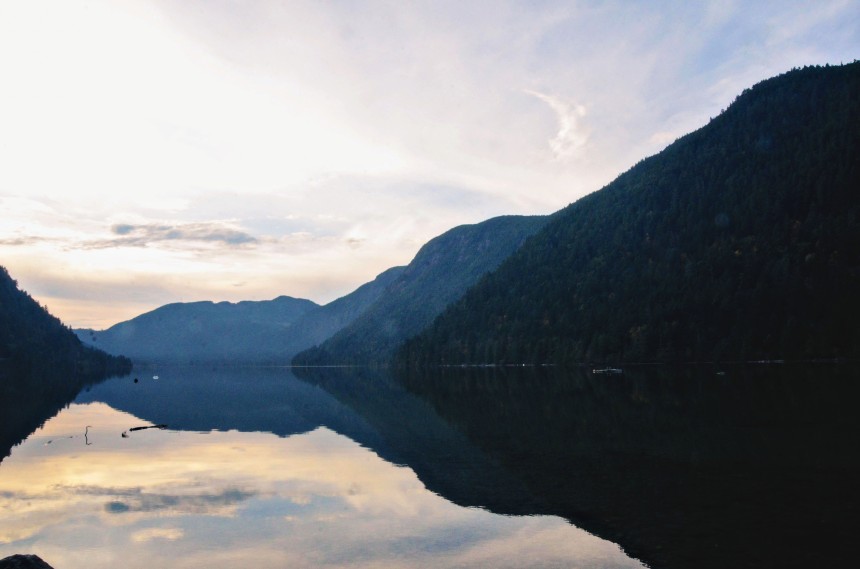 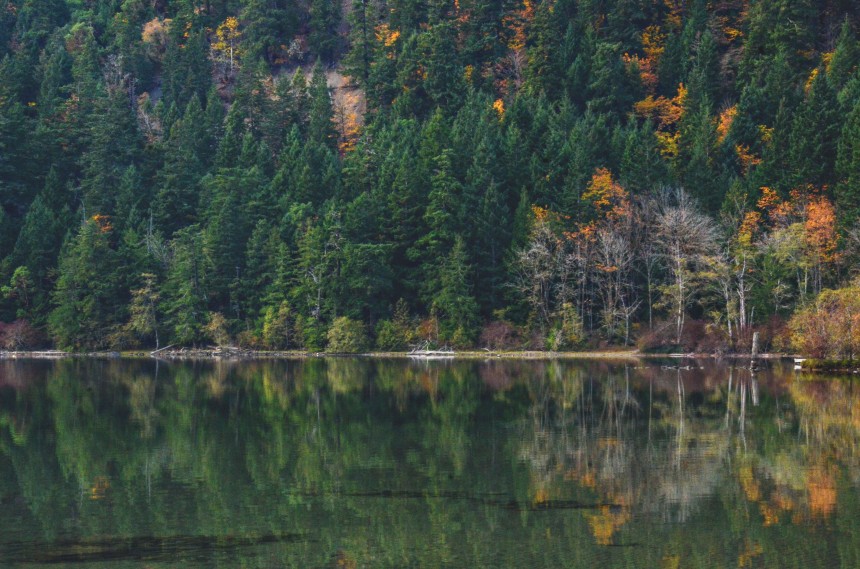 We returned to our little cabin that evening tired, dirty, but that much happier for it. Car camping might not be as hardcore or intimate as the real deal, but its combination of roughing-it and convenience is definitely something I could appreciate. Just point me to an old logging road and I’m good to go.

3 replies to An Intro to Canadian Car Camping