This is the rest of my trip last June to Puerto Princesa, Palawan. Hands-down one of the prettiest places in the country. It’s the proud home of the legendary Puerto Princesa Underground River, the longest known underground river in the world. Super cool! It is also the home of so many species of birds, fish, reptiles, mammals, and even flowers and trees! It’s just that rich, it’s unbelievable! Oh and did I mention that the beaches are pristine and the waters crystal-clear? Just. Paradise. And at this rate we didn’t even get to watch the dolphins in the sea or check out the firefly forest.

The next moment I can, I’m booking myself a flight to go back. Who can resist paradise really?

Notice the cathedral shaped mountain far back? Beneath it is actually the famous underground river. It’s pretty cool how nature came to enshrine a world heritage site in this way; it can’t be more apt.

What I loved about Snake Island is the fact that each side of it has a different aura. The left side in the photo opened up to mountains and open ocean. The right side, on the other hand, was lined with mangroves. But unlike your usual mangrove forest, this wasn’t attached to fixed land. It’s just on this long, winding sandbar.

The only thing lacking for me the entire trip was sunshine. It was gray and cloudy the whole time. I can only imagine how much prettier it would be if the sun just peeked and lit everything! 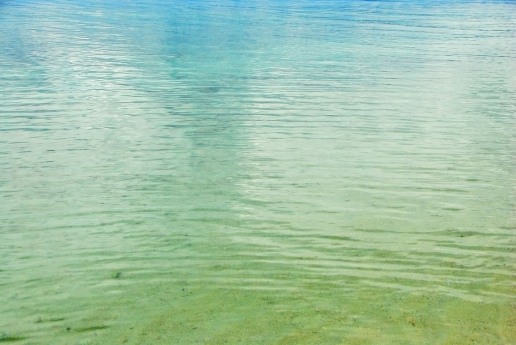 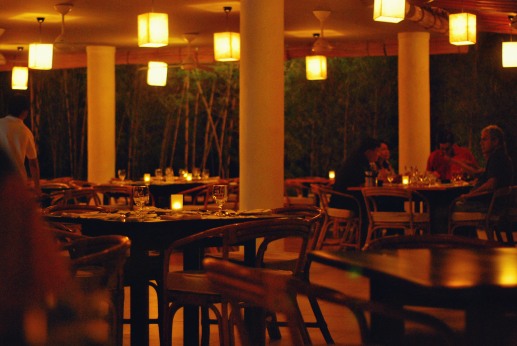 The end of Day 1 was marked by dinner in Il Terraza (La Terraza?), this posh, modern restaurant that served delicious healthy food. Imagine that! Hehe.

Commencing Day 2. We were picked up by the van from the hotel then picked up a couple of people joining the tour from Microtel. The place was so nice! It’s in a far-flung, honeymooney location though, but if you’re looking for R&R, this is the place to be. 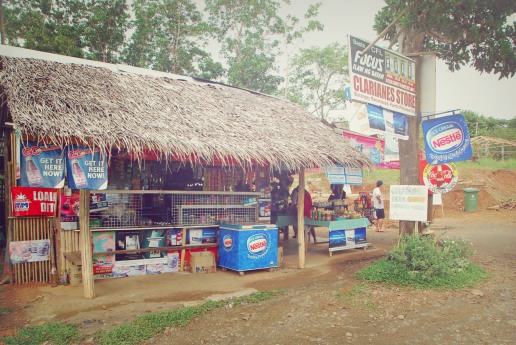 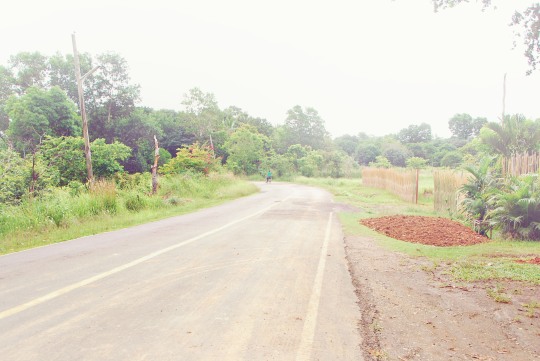 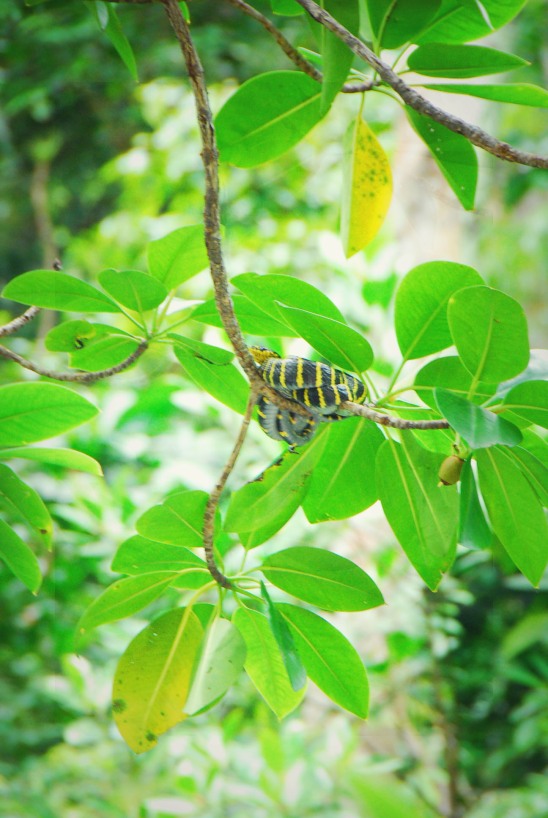 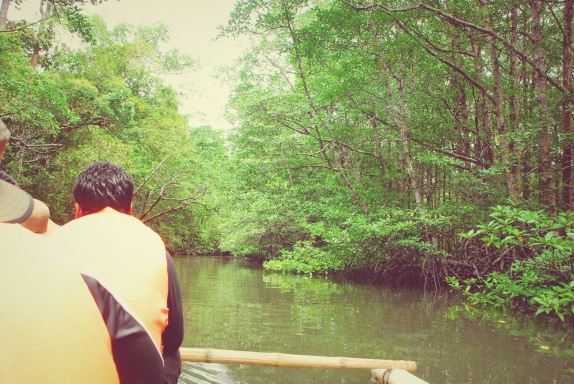 I honestly never knew that those cute, little mangroves you see by the beach could grow into skyscraping giants. They’ve become so tall here that in some areas they really did block the sky. Plus it was so dense and rich you could already feel the oldness of the trees, and the possible giant crocodiles lurking beneath. O.O

After the mangrove forest, it was off to the famous Subterranean River. 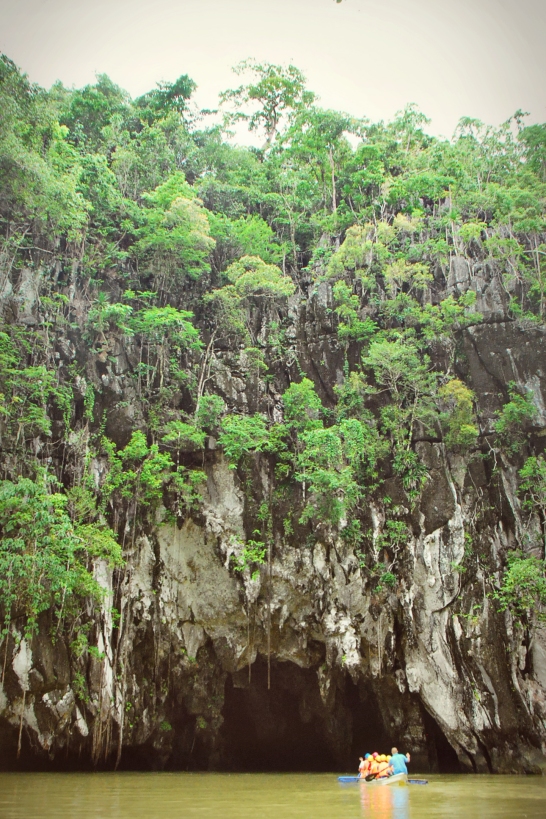 Sadly it was rainy the time we were there so the waters were murky instead of blue. 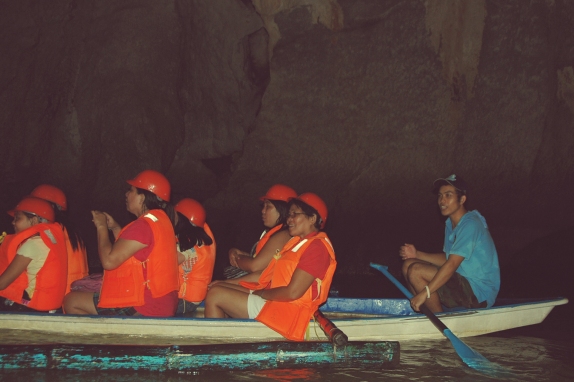 Plus all I had was a built-in flash so suffice it to say, lighting inside the cave was shit. I feel kinda bad missing out on all those formations. And man were they awesome! Kudos also to the people who imagine what shapes they take. But seriously, dark as it was, it was breathtaking inside. There was a cavern they called the cathedral, that really did have divine-shaped rocks like angels, the Holy Family, even the Three Kings! Then they had the Marketplace, where it was rock after rock of fruit and vegetable-shapes. And one of the most awesome caverns of all was this dome that could fit a 60-story building. Being underneath it was just… awesome.

It’s just amazing that these patterns were created by the ebb and flow of water!

End of Day 2. Makes me realize how much I need to go back so I can take decent shots of the Subterranean River. Soon I hope!

Day 3 found us killing time before our flight back to Manila. We were supposed to go dolphin-watching, but they closed the site that day for the filming of some TV show. So we visited the local zoo instead. I couldn’t complain since I love animals. To be honest I got most of my fave photos on this day, since I was able to bond with my subjects too. Hee.

I hate crocs. I find them vile and ugly, and I don’t respect their hunting style. But, I can’t say the same for their skin. Their skin really is beautiful. 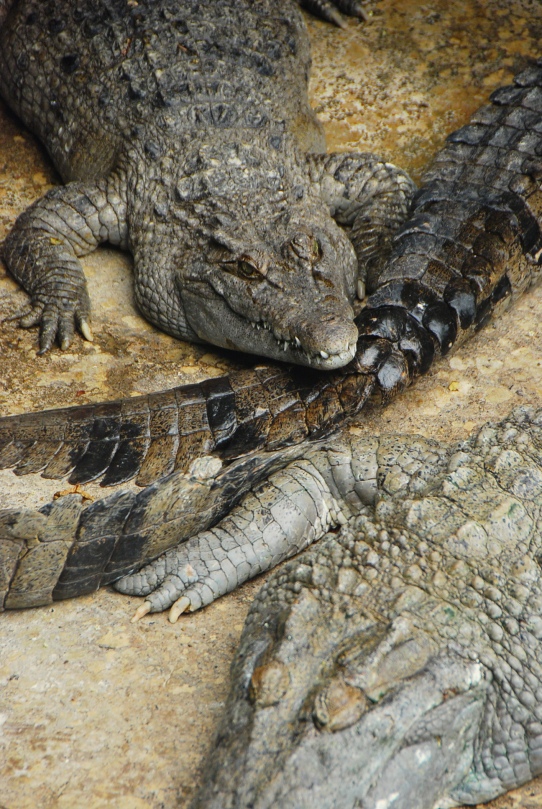 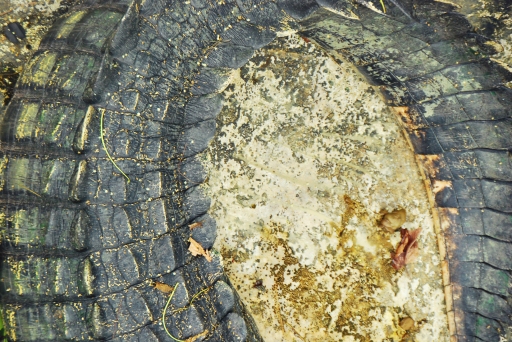 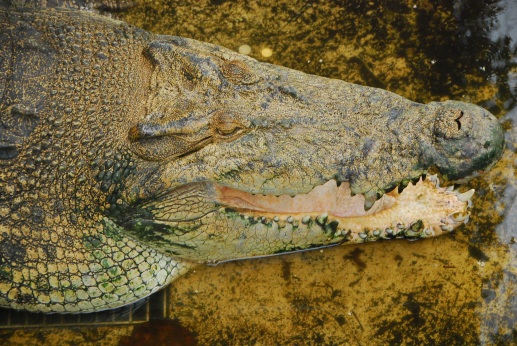 This was the biggest guy here. And with that smile, he seems like he knows it too.

That face of innocence is the face right before they reach out of their cage and try to claw your face. Hahaha. 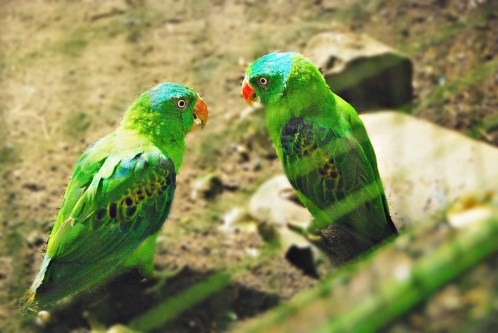 Sadly we had to cut our zoo trip short because we had a flight to catch, and still more sights to see.

… like the other, greener, less watery side of Puerto Princesa. 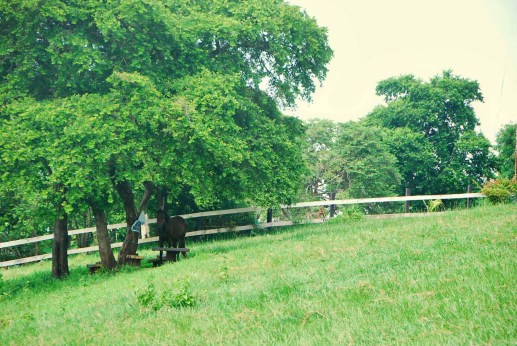 Then finally, it was off to buy the pasalubongs at the Palawan weaving place. 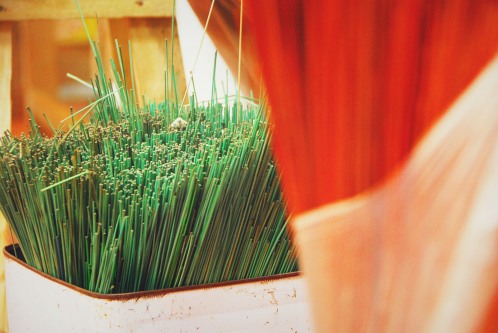 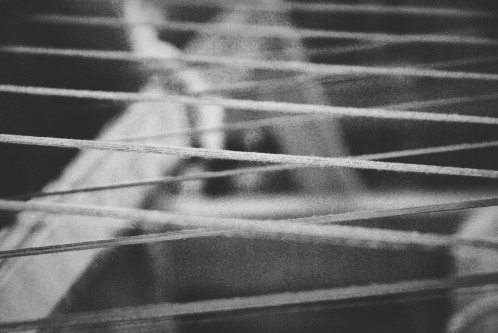 We got back to the hotel about 45 minutes before departure, but it being right across the airport, it wasn’t so bad. It turned out that our flight was delayed anyways.

It was pure visual orgasm in Puerto Princesa, and at that rate we missed out on so much. As I’ve said time and again, I’m going back for more. Hee.